If the world is a painting, then every painting can be a world. The figures depicted in Keiji Ishida’s paintings stir the imagination with their gestures and expressions and take the viewer by the hand (rather, the eye) towards the threshold of a story. Expecting the narrative to unfold from clear lines stripped of all unnecessary information, our eyes instead find themselves absorbed by the rough brushstrokes and colorful streaks that slither across the screen, finding perpetual joy in ever new interpretations.

Keiji Ishida’s interest in illustrations, like those found in children’s books or encyclopedias, developed during his time at the Chelsea College of Art & Design. Researching storytelling in paintings, he came across a series of illustrated children’s books known as Ladybird Books. The disconnect between signs and meanings in such illustrations led Ishida, who embraces absurdity and unintended oddity, towards his current style.

The first thing to capture our attention in Ishida’s paintings are the figures and creatures painted like illustrations—a young man looking back at empty gondolas, women with worried faces, a pale body in sudden free fall. We have no way of knowing what these figures in his works do or who they are. But, their gestures, their expressions are enough to feed our imagination. Here I quote words by the artist: “The toy is the physical embodiment of the fiction: it is a device for fantasy, a point of beginning for narrative.” (*1) 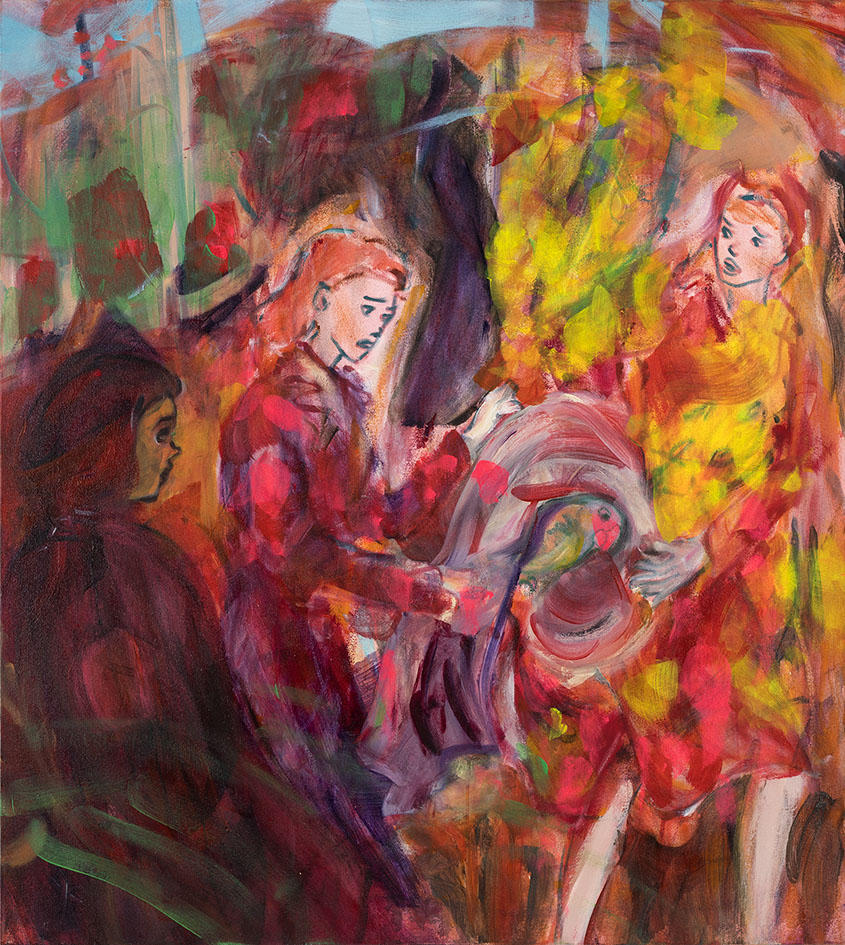 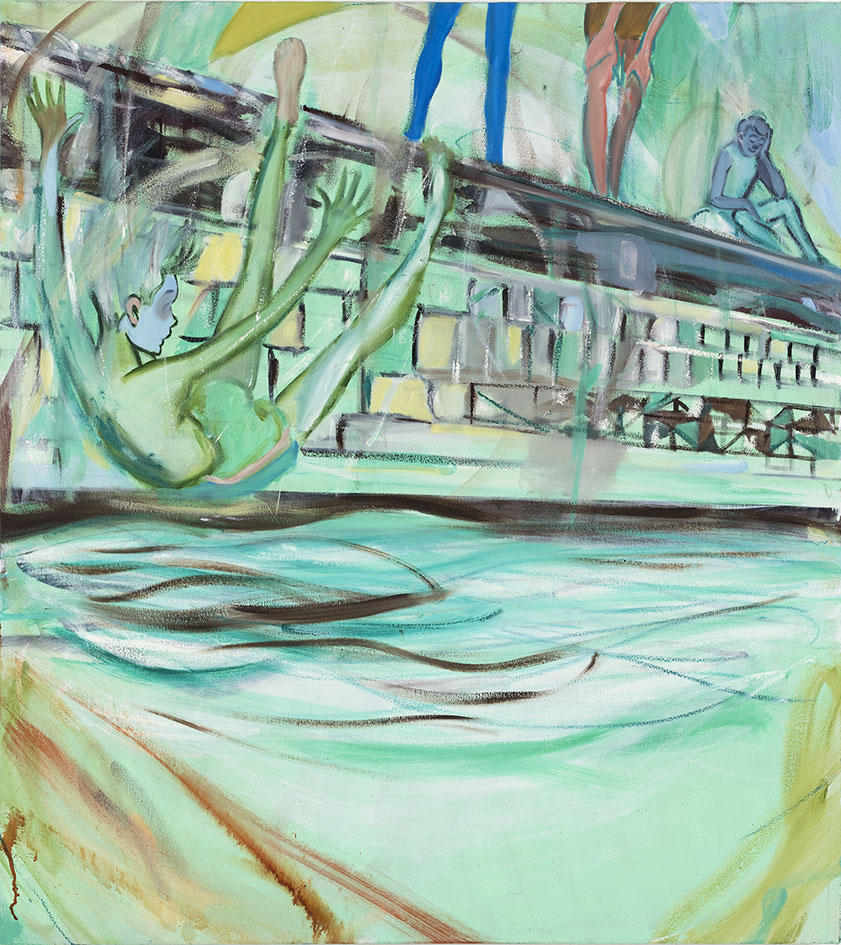 
From these leading figures, clear yet indefinable, our gaze moves on to their surroundings, begins to wander the entire image. Driven by curiosity, the eye finds colors and lines that are neither concrete nor abstract, drawn with fervent strokes across the whole of the screen. They may seem like unruly waves or clouds in the night sky, like dizzying tumult or perhaps a distant mountain ridge, but these lines, moving around the screen as they please, never form into distinct contours. “To toy with something is to manipulate it, to try it out within sets of contexts, none of which is determinative.”(*2) Expecting the artist to tell a story, the eye is instead thrown into a painted field where the lines themselves move about like living beings. The boldness of Ishida’s brushwork is not rooted in an epistemological approach based on mastery of visual codes or compositions, but rather seems to follow the joy of the moment of something coming to life that the artist himself beyond artist’s intention. And then the gap between the adjacent screens of his double paintings suspend the story in pause.


Reiterating between painted image and projected image allows for an endless act of pleasure, as long as we uphold our desire to see and to understand. In this regard, Ishida’s paintings resemble the magic inexhaustibleness of books. Through his unburdened brushwork, Ishida returns his paintings, which turn finite due to the excess of meaning granted to their subjects, back into the infiniteness of imagination. After all, “[t]he place of wandering knows no straight line.” (*3)